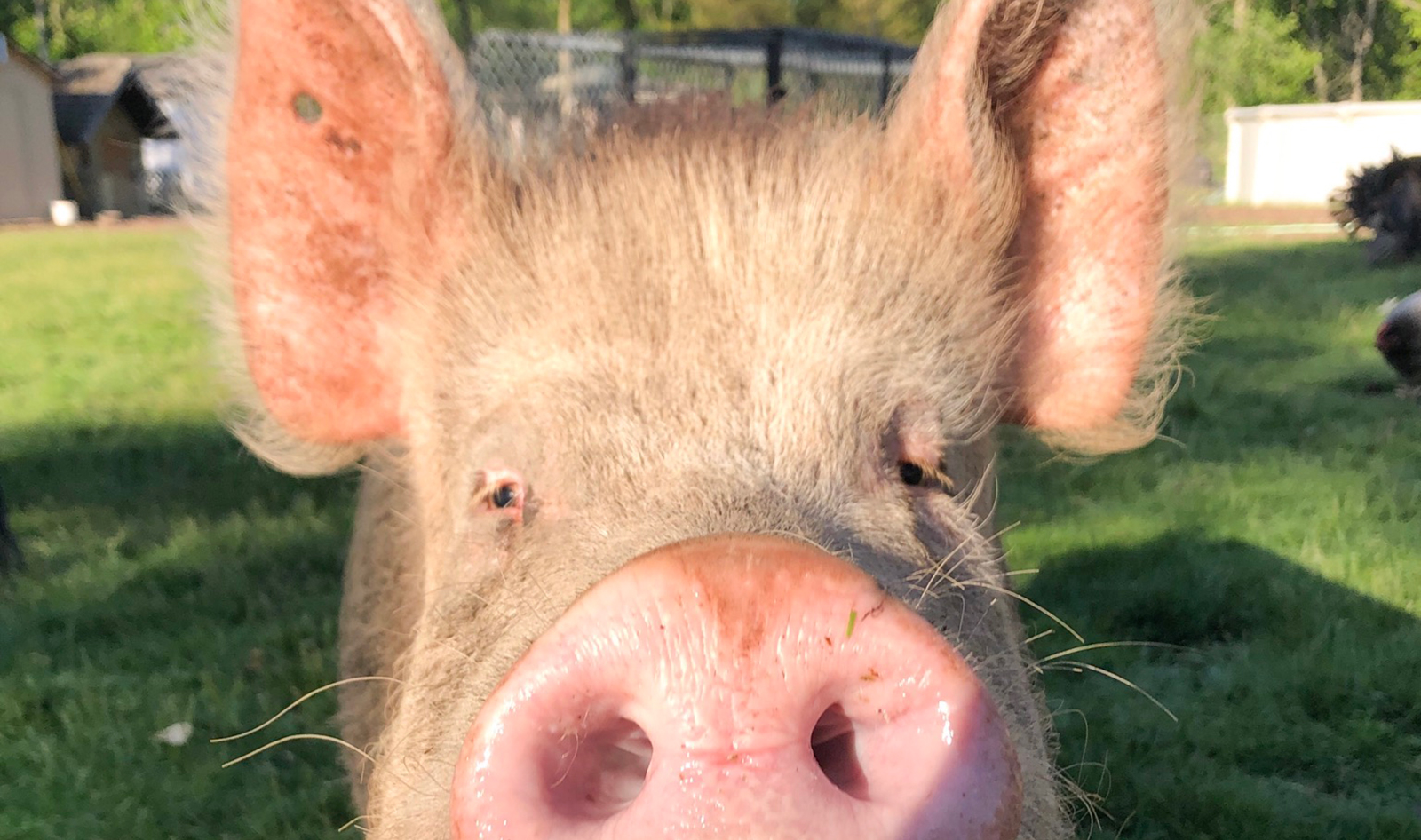 In July of 2018 we were contacted about a piglet in serious need. We didn't know much about him except that he was saved from serious neglect and was possibly blind in one eye. Reuben was living at a horse farm that took him from a bad situation but he was still being raised for meat. Then an amazing woman met him and was his voice when he had no one else. She knew he deserved to have a life and contacted us to see if we could take him.

Before Reuben came to live at Grey's Haven, his life was not valued and he didn't know kindness. He was left exposed to the elements and had severe sunburn as well as a terrible eye infection which thankfully did not leave him blind. We are so incredibly grateful that we were contacted and were able to bring Reuben home to join our family. 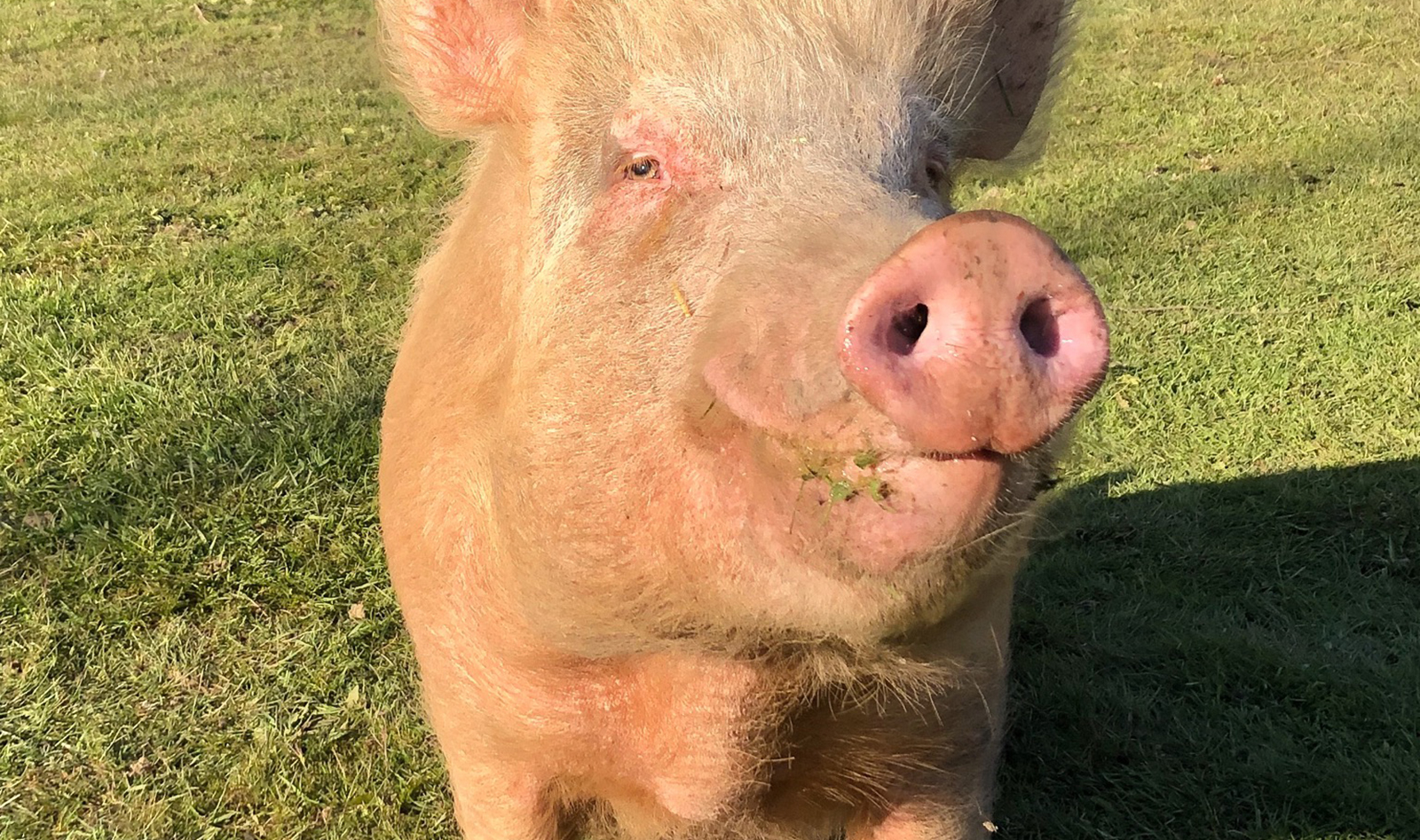 Reuben has been living his best life at Grey's Haven since August of 2018. Once Mae and her babies came to the sanctuary, he loved them all instantly and started to spend a lot of time with them. He continued to live in the house with us until March of 2019 and then he decided he wanted to move in with Mae and her babies and he was welcomed openly by everyone.

Reuben is sweet and maybe a little spoiled. He is confident and loves affection and attention. He is also a great role model to the babies and he always shows extreme kindness to Mae who he loves dearly.